This is a single blog caption

When you hear the term “millennial”, does an adolescent glued to their smartphone come to mind? What about a recent college graduate? Would it surprise you to know that some definitions include people born all the way back to 1976? I question that definition myself. There has been much debate over the exact definition of the defining age range.  A generally accepted age range is from 1984 – 2004. Marketers already know they need to step up their game if they want to reach the right audience of this mysterious group known as millennials.

So Who Exactly Are These People?

These 20 years have allowed for huge advances in technology, marketing, and content consumption methods. Adopting constant smartphone use and 24/7 social networking as common standards over the last 10 years has left this elusive group with a great divide. Those that grew up with an “i-something” in hand, and those that did not. It’s smartphones vs flip phones and smart marketers have finally taken notice.

I’m not going to smash the brands or ad campaigns who were brave enough to target to this demo. Usually the ones who criticize are the ones that are so far down the bench, the coach sometimes forgets their on the team. No. I’m talking to those in the game, on the battlefields, the researchers and the thinkers, the people who set the marketing and advertising bar for the world’s bravest brands. Truth is, targeting to millennials is difficult. But first we need to understand millennials are not a monolithic generation. There is a blurry, yet definite divide between the smartphone generation and the flip phone generation. Chances are, if your target market has been defined simply as “millennials”, it’s time to narrow and better define your actual target market.

Many younger millennials are actively seeking products to engage with, whether they are consciously aware of it or not. They often flock with peers to the “next big thing”, creating a haven for potential marketing opportunities. Recent hotspots include communication apps like Snapchat, Yik Yak, Yo, and whatever other product or platform aides them in taking and trading selfies that day. While these groups have the potential to catapult businesses into “hockey stick” growth mode or help pique the curiosity of investors, they aren’t always the best group to target for generating quick, sustainable cash flow.

“Youth establishes the new ‘community centers’ for our society and then everybody else follows” claims Gary Vaynerchuk. “It’s the reverse of the way human nature has been for a very long time.”

With such a huge, tech savvy audience that is always plugged in, it’s no surprise that this generation has made huge impacts on a global level. Helping propel leaders into power and broadcasting revolutions may make the news, but it’s the influence of purchasing power and potential virality that marketers need to acknowledge.

It can be easy for an app or product to flourish in its early days. While it’s “underground” and spread often by word of mouth, it’s still novel and has endless potential. But as we all know, marketers ruin everything. And when it comes to digital marketing, such as banner or video ads, these youngins’ have a very low threshold for being “sold to”. Now that multitasking is a common practice, there is little room left in their attention spans for clever pitches or jingles. Tweets are 140 characters. Vines are 6 seconds. Their world is short, sweet, and to the point. Tech-savvy audiences have even started actively blocking out the traditional online advertising industry altogether. The overload of information means that attention must now be earned rather than captured.

One such tactic has been brands hiring “social media celebrities” with large followings to help spread their message. The equivalent for their older millennial counterparts would be McDonald’s using Michael Jordan for ads in the 90’s. However, if you approach millennials in a disingenuine way, things will end horribly. As Scott Cowley points out in this article, “If you attempt to create a product or service where the loudest selling proposition is ‘this is for millennials’, the market has every right to punish you.”

Let’s not forget that this was a thing 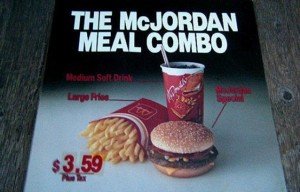 Marketers, brand managers, and business people in general need to put in the work to better understand who they are targeting. For instance, many pop-ups or contact windows on websites ask for phone numbers when collecting data. Do younger millennials even exchange phone numbers anymore? Or are they more used to Facetiming or Skyping? Would it be easier to get their attention by tagging them in an Instagram post or via text? Again, if approached the wrong way, the results can be catastrophic. 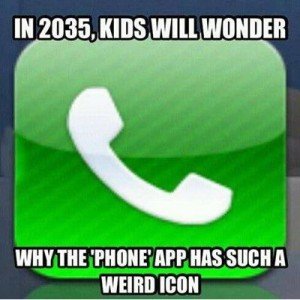 Older millennials may not flock as fast as their younger counterparts. They are at different points in their lives and have other things fighting for their attention, such as work, bills, children, etc. However, they do wield more serious purchasing power and still take their peers recommendations on products and services seriously. While a funny video of talking babies may go viral amongst high schoolers, it won’t sell more diapers. A video interview with a recommendation from a mother of 6, however, may very well do the trick. Win them over with a quality product or service and the results can generate steady growth.

It is a requirement of my job that I secure only superlative talent for my clients and institute company culture for high-octane gifted professionals chosen to work for the Caprola Squad, Inc. I’m in the business of communication. I love a good ol’ fashioned yap session. Blabbing about any and everything gets good conversation going. Conversation leads to ideas and an idea is the first step to something great. Today, technology is advancing every minute and software is built every second. But never lose sight of the fact that it’s still and always will be about the interaction of people. Me talking to you! And that will never change. Ever!